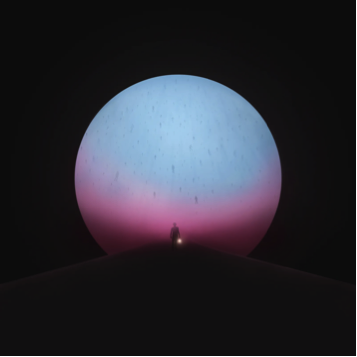 Manchester Orchestra has just released their new record The Million Masks of God, which answers the question of what you get if you mix Bon Iver with a cup of Vampire Weekend, a dash of The Grateful Dead and a sprinkle of stardust. First of all, I need to thank Eric the Master Sensei from Cigar Dojo for turning me onto this band. They were always orbiting around my musical galaxy, but on the periphery. They were a distant star I heard about and occasionally glimpsed, but never studied in much depth. Well, I will try to make up for that gross oversight, because this band is amazing.

The band itself has been around for a fair bit and has put out music since 2004 – 2005. There have been a number of members through the years, but core members Andy Hull, lead vocal and rhythm, and Robert McDowell, lead guitar, have been driving forces throughout the band’s evolution. Manchester Orchestra is often described as “indie rock” or “indie folk,” but I don’t think this adequately encapsulates their complexity.

For me, the track Telepath is the best illustration of what makes them so talented. Let’s start with Hull’s griping vocal. He has a unique delivery which is both emotional and fragile, which gives his lyrics an added depth. When you hear him sing about love and doubt, “Told her I don’t have a lot babe but you can have my soul,” you feel like he is living that lyric. That he is not singing a song, but wringing his heart out on the mic like a wet rag. It is this mix of vulnerability and honesty that is truly captivating.

Having said that, Hull’s vocals also possess an easy going quality, which is a great compliment to the instrumentation. He seems like a man lost in time. It’s like he was jamming with Neil Young and Jerry Garcia, mid – joint, when he fell back into a cryo-freeze chamber, only to be defrosted in 2002. It’s like someone broke into Jaba’s palace, freed him of his 1970s carbonite block and threw him a mic. It is this odd combination of ease, emotion and fragility that gives the track a cosmic feel.

Acoustic guitars, strings, keyboards and a lilting percussion is the stardust sprinkled over Hull’s tale of love and loss. The track has such an inviting warmth and ease that you find yourself swept up in its gravitational pull. Cello, bass and acoustic guitar give the track a strong spine that everything else hangs off of. I think Hull’s ability to travel through song with such ease reinforces this cosmic energy that seems detached from space and time. Telepath is a musically complex song that you can lose yourself in for hours.

Manchester Orchestra’s Telepath feels like home. When you listen to it you continue to pick new lyrics or instruments you didn’t’ pick up from the previous play, but you simultaneously feel like you have always been in this song. It’s like when you go back to your hometown after being away for ten years. You see roads and buildings that have not been there before and you feel like a tourist. However, as soon as you see the old pizza place, that still hasn’t repainted the front door since 1976, you feel like you have never left. This is a song that both warms and inspires your soul. Most importantly, this is a song that demands to be listened to.

Me and my shadow.
Saved this from the tip shop.
I love this time of year.
Banger