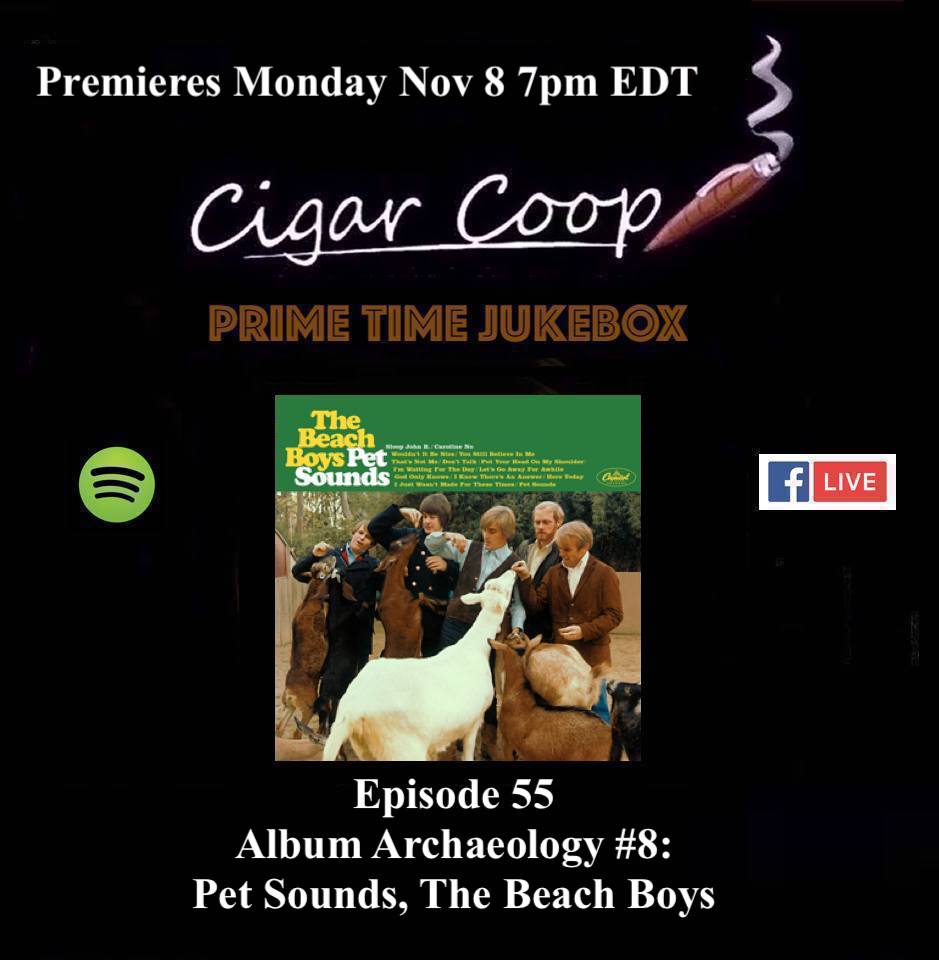 Prime Time Jukebox Episode 55 features our eighth installment of our Album Archaeology Series. On this episode, we break down The Beach Boys’ landmark album Pet Sounds.

Much like an archaeologist digs and hunts for gems, on Album Archaeology we dig into the Pet Sounds album. We go deep into each of the tracks of this album looking at the music, lyrics, and stories behind this album. When it comes to Pet Sounds, not only was this a cutting edge album, but it has one of the wildest backstories.

We also touch on new music from Duran Duran, ABBA, and Diana Ross.

As always you can follow along with our Spotify Playlists:

Prime Time Jukebox – the podcast that pairs music with cigars. You can catch us on Google Play Music, iTunes, Podbean, YouTube, and Odysee.