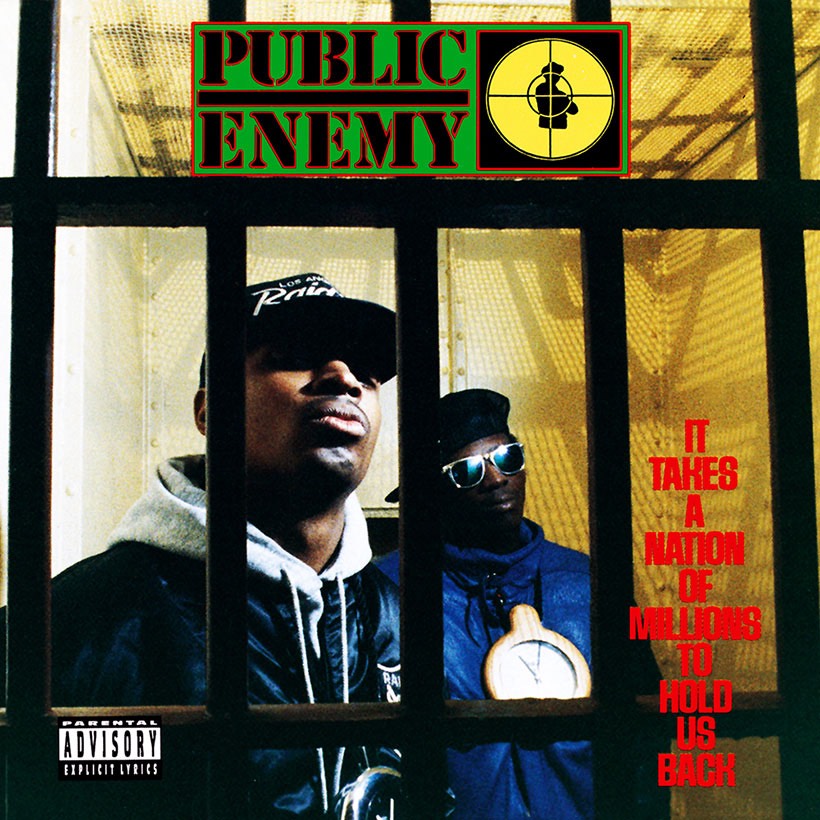 Public Enemy’s It Takes a Nation of Millions to Hold Us Back is one of the most influential albums of all time. It was released in 1988 and its hard edged attack on white supremacy and the dehumanisation of black people has not dulled over time. Chuck D establishes himself as an activist poet who delivers verses with such powerful clarity that it cuts into your soul. He name checks Black Panther activists and black nationalists amidst spoken word sections from Malcolm X and lyrical references to historical race riots. However, the record is less a history lesson than a personal essay about how history is part of his experience as a black man. For Chuck D history, blackness and white supremacy are not solely political touchtones in America’s story, but cornerstones of his story. In other words, being black in America is both personal and political. Chuck D turns the mic into a flamethrower burning down the white power structure, while imploring you to add more gasoline.

Even though Chuck D is cast as the “prophet of rage,” you must not underestimate the vital role Flavor Flav, Terminator X and the Bomb Squad (Eric Sadler and Hank Shocklee) played in elevating this record into a call to action. First of all, Flav is the best hype man in rap and harkens back to the role of the hype man for acts like James Brown at the Apollo. Flav brings the energy and acts as the perfect foil to Chuck D’s social activist delivery. While Chuck D delivers truth like he is leading a march with a megaphone, Flav kicks tracks up to eleven and whips the crowd into a frenzy. Chuck D is the Pied Piper leading you to storm the castle, but Flav is the siren inviting you to take a torch and join the procession. All of this frenetic energy of fire and steel is held together by Terminator X’s pounding beats. Terminator X’s spinning combined with samples of social activism, stripped back beats and screeching alarms reinforce the record’s urgency. Chuck D compared the Bomb Squad’s musical prowess to Phil Spector’s wall of sound and attributes the record’s success to their ability to bring the tracks together. Rick Rubin, Chuck D and the Bomb Squad are all credited producers on this record and produce a lyrically and musically challenging album.

The first track Coutdown to Armageddon is a far cry from the opening track You’re Gonna Get Yours on Yo! Bumrush the Show released the previous year. On You’re Gonna Get Yours Chuck D’s vocal is back in the mix and has a more funky / dance vibe. Countdown to Armageddon abandons vocals entirely and has Flav whipping the crowd into a frenzy. He warns them that “This time around, the revolution will not be televised” as he screams over air raid sirens. Taking this line from Gil Scott – Heron lays the foundation for the social commentary on the rest of the record. He continues, “London, England…You’ve been warned!” In effect, this opening track is warning us that this is not the Public Enemy you heard before, this is the revolution.

The next track is an iconic Public Enemy track, Bring the Noise, which will be revisited in subsequent albums. The track starts with Malcom X stating “too black, too strong,” which sets the stage for the record taking issues of race head on. Flav talks about people saying they are “too black” and Chuck D saying that you should “listen for lessons inside music” as they bring the noise. The drums and beat behind Flav and Chuck are raw and aggressive, which reinforces his incendiary vocal delivery. Vocals are far front in the mix and messages about blackness are up front.

Musically, Terminator X and the Bomb Squad throw out the rule book and take Black Steel in the Hour of Chaos to the next level of rap. The sparse base with off note keyboards create a sense of dread where you are waiting for the horror to expose itself. For Public Enemy, the horror is racism which has brought about slavery and has them in a cell for speaking out as a black man. He reinforces this with “They got me servin’ to those and to them / I’m not a citizen.” The horror is a society where he is not seen as a person and his blackness is not valued. However, Chuck D resists. He gets the steel to take on the government and power systems. Black Steel in the Hour of Chaos is more spoken word poetry than a song, where Chuck D rebels against how white society defines blackness as animalistic, lesser than and sub-human. He is imprisoned in a cell where society tries to take away his voice and his humanity, but he will not be silenced: “A cell is hell, I’m a rebel so I rebel.” Throughout the record Chuck D raps about how people see him as the enemy and the radical, but the true horror is violence from white power structures trying to erase black pride.

The final track I’ll look at is Prophets of Rage where a spoken word intro states “You’re quite hostile. I gotta right to be hostile man, my people have been persecuted.” The track is casting Public Enemy as the prophets of rage, but the rage is a product of racist society. Like Chuck says, he’s “past the days of yes y’alln'” he will not be silenced. It is “lies in the books that you’re readin'” that are the true enemies in society. The crucial aspect of this track, and the record, is not the rage, but that Public Enemy are prophets. They are preaching truth and bringing people the knowledge they need to rebel.

This record is what propels Public Enemy into the political activists who will change history for decades. Terminator X and the Bomb Squad challenge listeners with sharp, sparse and sometimes industrial beats and arrangements. Such a raw musical landscape lays the foundation for Chuck D’s forceful and direct messages of black pride, police brutality, white power, oppression and suppression of black voices. Flav keeps the energy up, which keeps the listener both on edge and throwing a fist in the air as they follow Public Enemy into the revolution. Much like Jordan Peele’s movies, the doom and horror is not the monsters that lurk in the shadows, but the racism that is allowed to thrive in the light. Public Enemy exposes this horror and compels the listener to take to the streets and fight.

Hearing a lot about this cigar from @cigarsurgeon @seths_humidor and @aloomis72
I may like the first one more, but a very solid cigar. Thanks Coop. @cigar_coop
I had to pick it up after the Swift show. Love this record. @cigar_coop @seths_humidor @taylorswift
Making my way through the @cigar_coop battle of the bands sampler.