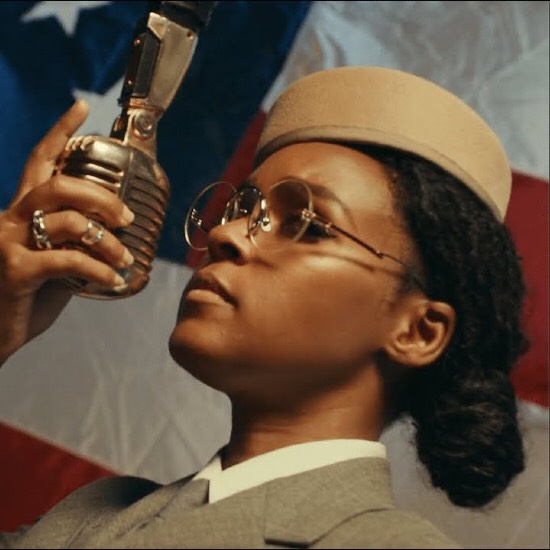 Janelle Mońae has released her first new music in about two years, since the release of the magnificent Dirty Computer. I love her work and her ability to champion social causes in her lyrics with such vocal and rhyming power. Critics in the late 80s and 90s lamented the lack of social activism in pop music and yearned for the likes of Joan Baez, Neil Young, Aretha Franklin and Sam Cooke. While Baez and Young took on the U.S. government and its role in the Vietnam War, Aretha and Cooke fought for civil rights (in Aretha’s case, she fought for both racial and gender equality). Fear no more, the last decade has found an explosion of songs taking on gender, race, police brutality, domestic violence and sexual identity…just to name a few. Mońae follows this new influx of social justice music with Turntables, a song about voter suppression as America approaches one of the most divisive and toxic election cycles in decades.

Musically, this song reminds me a lot of Anderson Paak’s Lockdown in Mońae’s vocals. She has a smoky raw vocal delivery, which gives the track an activist vibe…it’s hard to explain…but you can picture Janelle singing this song as she marches on Washington. I think if the vocal was too produced it would lose that grounded realness. Furthermore, the gospel backing choir during the chorus elevates the track and gives it an epic quality.

Lyrically, Mońae speaks about how those who are being denied a voice must band together and rise up. She talks about changing the status quo and using the rage generated by social injustice to drive action. A clear example of this is when she sings, “Hands dirty, mind clean.” She is putting that rage into action with a clear purpose, she is a “renegade” when she’s in a rage. Most importantly, America can’t hide the lie anymore, “America, you a lie / But the whole world ’bout to testify.” People are watching and America can’t get away with how things have always been, the tables are about to turn.

Out front, I have to say that I love Janelle Mońae’s work ever since her record The ArchAndroid back in 2010. She has an amazing voice and is truly a fresh voice taking on issues of gender, sexual identity and race. Turntables continues this tradition and showcases Mońae’s musical and lyrical talent. The last five years have seen some amazing social issue based activist music that rivals iconic anthems from the 60s and 70s and Turntables solidifies Mońae’s place amongst other activists within music.