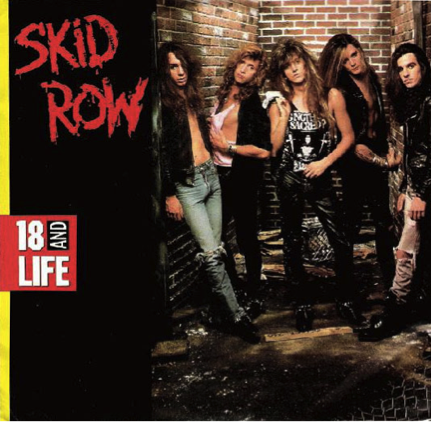 Some people call it “guilty pleasures,” but don’t feel guilty…CELEBRATE! We all have those songs that objectively we should hate, but we love anyway. These are songs we can’t get enough of. They are the Skittles of music…it tastes so good, but you are worried that there is some chemical in there that scientists will discover takes 17 years off your life. These tracks have an irresistible sweetness for me, but I know there is something poisonous about them. Against all my better musical judgement, I love these 10 songs:

Cinderella: Don’t Know What You Want (Till It’s Gone)

I have a special place in my heart for 80s power ballads, which may come up later. The hair, the track’s over the top emotionality of the vocals, the band’s very poor instrumental arrangement and lyrically insipid verses all point to 80s filler. However, the epically 80s metal chorus gets me every time. I pump my fist in the air and say “preach brother.” I adore this song and every time I listen to it my soul feels whole.

“Your crime is time,” what does that even mean? Who knows, but I love it. The track’s main character, Ricky, was living rough on the streets and apparently shot another teenager…because…society I guess??? 18 and Life feels like Sebastian Bach watched a Dateline episode on a teenager facing life in jail and found inspiration. Much like Cinderella, I love the chorus on this track and the late 80s was just a golden age for power ballads. I mean, Skid Row has the other classic I Remember You on the same record. Power ballad gold.

REO Speedwagon: Roll With the Changes

The Wagon, man. Is it cheesy? Sure. Is it too over the top? You bet. Does it have the lyrical depth of a thimble? No argument here. But damn this song slaps. What this song lacks in critical depth and nuance is an unbridled joy and energy that I challenge anyone to match. Plus, you have to love a banger you can belt out in the car. This track gives me hope for humanity, because a world that created this song can’t be too bad.

Ok. This movie should be called “Domestic Violence in a Castle,” so let’s get that out up front. I mean, he keeps her as a prisoner until she “learns” to love him. Having said that, I love this movie and I watch either all of it, or parts of it, once a month. I don’t know what it is, but this movie and soundtrack has its hooks in me. I love Emma Watson in this movie and I could listen to her sing the phonebook. I’m singing to it right now. I love Disney music….which brings me to my next song.

Moana / Auli’i Cravalho: I Am Moana (Song of the Ancestors)

Much like Beauty and the Beast, this Disney movie dominates my life. I cry every time this scene comes up and every time I hear this song. This is where Moana is at her lowest, but she picks herself up and defiantly exclaims “I AM MOANA!” She learns to love herself and proclaims her power for the ocean to hear. I am so proud of Moana at this point in the movie that I blubber. I’m listening to it right now….I’m not crying…you’re crying…

Now, I am not saying it’s not cool to say that you love Run D.M.C., because they are the real deal. However, there was a time where it was not cool to be into these early forms of hip hop. You were supposed to be into Dre, Tribe Called Quest and then move onto Kendrick Lamar, Jay Z and Run the Jewels. As a hipster I am supposed to move on from this rudimentary hip hop to the more complex and artistic rap, but the old school is still brining it. This song is timeless and Run D.M.C. will be the kings for all time.

Women in hip hop never get their due and Missy Elliott is a prime example. For a long time Missy was not given her due and seen more as a throwback to the 90s / early 2000s, like a time capsule. This is not much of a guilty pleasure, because she is amazing, but a song I was often ridiculed for as my friends debated what pressing of the Beatles’ Revolver they should buy. All I have for them is “fuck whatever you say / cuz I’m too cool for you anyway.”

BlackPink is the definition of Skittles music. In fact, Skittles may not be sweet enough…it’s more like Skittles wrapped in a sugar cube and dipped in cocaine. The fact that I love this band so much goes against every fibre of my being and may lead to the music police revoking my right to listen to music entirely. This is K-Pop distilled to its essence, like K-Pop jet fuel brewed in some Appalachian Mountain still. Bet You Wanna is K-Pop moonshine. That’s why I love it so much. BlackPink is unbridled joy and I can’t get the smile off my face.

Judy Collins: Send in the Clowns

I adore this song. I remember seeing this song performed on The Muppet Show when I was a kid and have been in love with it ever since. It’s a bit over the top, but that is probably why I like it so much. Judy Collins’ voice is so warm and emotive that I just get swept up in it for the ride. Not the most uplifting track in the world, I have no idea how it made it on The Muppet Show, but it’s a track I love.

I love Neil Diamond and have for years. I saw him in concert back in 1993. We were in Milwaukee and he drove a Harley on stage. What a pro. This is probably my favourite song of his and one that has been covered by Johnny Cash and others. Neil is a master, but still gets ridicule in some circles. I have all of his records…even live ones like Hot August Night. I will forever love Neil Diamond.

0 comments on “10 Songs To Celebrate the Guilty Pleasure”