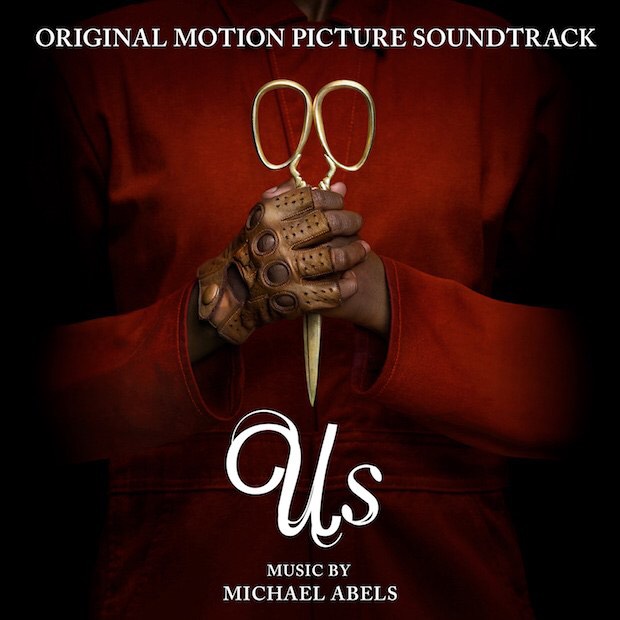 Happy Halloween! Get your tethered friend, heat up some popcorn and enjoy Us. For Halloween I thought I would go outside the norm and review a horror movie soundtrack for some good natured frights. All this month of Rocktober we have looked at bands who draw from horror movies for inspiration, but we should look at what music is used in a horror movie. I decided to look at the music from Us due to how it is both drawing on classic music structures, while also redefining how music is used in a horror film.

Jordan Peele is quickly becoming a master of horror with movies like Get Out and Us. His ability to connect racial and social themes with incredible horror imagery and tension is mesmerising. Michael Abels worked on scores for both movies, but we will focus on his incredible work on Us. Abels and Peele collaborated to create a musical landscape as intricate and horrifying as what played on screen. If you have not seen Us, you really need to see it and experience the movie for yourself. Even though it is difficult to seperate a movie’s score from the film, we will try to focus on the role the music plays in generating horror. However, your experience of Us will add another layer of appreciation to this review. So, take the two hours to watch the movie, with this review open on your laptop, in order to get the full impact.

Let’s start at the beginning. The first track, Anthem, plays during the opening title card and sets the scene for the horrors to come. Hans Zimmer talks about how music is a conversation with the audience and Abels’ opening track is a warning that everything is not what it seems. He takes the choral vocal found in countless horror movies from The Omen to Hellraiser and turns it on its head. The choral piece in this song does not match the instruments and the vocals themselves are tonally off. Moreover, the stress is on the offbeat, which goes against most chants and other choral parts used in horror films. You wait for the track to sync up with the choral pieces your mind is trained to hear, but it never gets there. It is this disconnect that creates tension and cues you into the themes of disconnection and otherness explored in the rest of the film.

The most well known part of the film and the soundtrack is the use of I Got 5 on It by Luniz. This is a classic 90s hip hop track espousing the joys of smoking mountains of weed with copious amounts of alcohol. Not the deepest song in the world, but it has some classic hip hop beats and killer bass. These instrumental flares will become very important later in the soundtrack. Peele, as well as many in the audience, have heard this song countless times in their youth. I remember this track alongside Cypress Hill as mid – 90s required listening. So, when you hear it in the beginning of the movie you are grounded in nostalgia and nothing seems wrong. Peele and Abels then use that familiarity to create tension and fear in the track I Got 5 on it – Tethered Mix. This track begins exactly like I Got 5 on It from earlier in the film, so you are instantly brought back to that nostalgic youthful place. However, this emotional connection is warped by an asynchronous stretching of the final note in the first verse followed by strings that sound like insects burrowing into your skin. Quickly the track degrades into minor string notes and overwhelming bass and distorted guitar blasts. You are shaken to your core and have no idea where you are going. Abels’ and Peele’s ability to distort iconic pop music into horrific harbingers of doom is complex, interesting and extremely effective. I love how creative this move is and the skill Abels uses to pull it off can’t be overstated.

One structurally interesting and complex track is Pas de Deux, which is found in the Tethered Mix and comes at one of the final fights in the movie. In an interview Abels talks about how Peele sees the fight scenes in Us as ballet and the Pas de Deux is a classic reference to the male and female couple sequences in a ballet, which is most famous in the Nutcracker. Therefore, the song itself hints at classic ballet structure. However, Abels uses instrumentation found in I Got 5 on It and stretches it out with large pieces of silence. This is where you can see Peele’s and Abels’ genius at work. Much like Miles Davis’ Flamenco Sketches, it is the silence that breeds tension. Your anticipation of the note is where the tension and the horror lies. The use of silence throughout this soundtrack is both bold and inspired.

I could go on and on about this soundtrack. For example, Peele’s use of Les Fleurs by Minnie Riperton is amazing. However, to talk about that would give away too many spoilers, so you will have to take my word on that and see for yourself. Jordan Peele’s and Michael Abels’ work is fantastic and their treatment of traditional pop songs is inspiring. I love what they are doing musically and can’t wait for Candyman to come out, so I can see what new horror tricks Peele has in store and what audio treats Abels brings to the table. Get it…tricks and treats…BOOOOOOO!!!!!!!! (Say that last part in your best Scooby Doo ghost voice)

Listen to the soundtrack for Us

0 comments on “US Soundtrack: Redefining Horror”