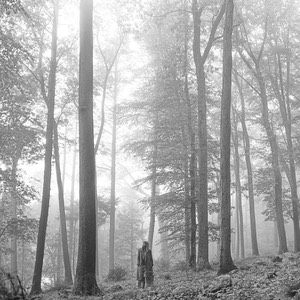 Within pop music history there are a number of records that force you to look at the genre in a different light. Some examples include: Radiohead’s Ok Computer, Bijork’s Debut, Beastie Boys’ Check Your Head, Lauryn Hill’s Miseducation of Lauryn Hill, Nirvana’s Nevermind, Beyoncé’s Lemonade and Lorde’s Pure Heroine. Taylor Swift’s folklore follows these trailblazers as she redefines her career and how women singer songwriters approach pop music. Even though the Chick’s Gaslighter record is my album of 2020, folklore is a landmark record. Where Gaslighter excels in how it addresses themes of emotional pain and domestic violence in a powerful call to action, folklore redefines pop’s overall musical structure for women artists.

You can argue that folklore takes familiar folk structures from Joni Mitchell, Janis Ian and Patty Griffen, applying them to pop music so effectively is groundbreaking. In 1989, Reputation and Lover, Swift stayed true to traditional pop structures where her voice was prominent in the mix with lite R&B and electro pop flourishes. Even though these records were exceedingly popular and demonstrated lyrical depth, musically they became uninteresting and drifted into the background of the pop landscape. They were catchy records, but felt like close cousins to Katy Perry, Pink, Miley Cyrus and Adele records. folklore marks a major departure from this formula, which casts Swift’s work in a whole new light.

The refreshing sound embodied in folklore is due to Swift’s faith in her producers and her faith in her artistic talent. Swift, Aaron Dessner and Jack Antonoff work well together and create a record which challenges Swift musically, while also highlighting her vocal and lyrical strengths. In my opinion, it is bold for Swift to bring on suck strong voices as Dessner to produce a record at this point in her career. Let’s face it, Taylor Swift could release a recording of her reading the instruction manual to a Toro lawnmower and it would go platinum….hell, I would buy it. But, she took a risk and trusted Dessner to bring out the best of her in a new and fresh way. She is a big fan of the National and respects Dessner’s work, which shows in how much influence he has on this record. The end product is an interesting dialogue between Swift’s beautiful vocals and Dessner’s unique musical style.

There are so many tracks on this record that I connect with that it would take weeks of posts to work through them all. So, for the sake of time I will focus on three tracks: Cardigan, Exile featuring Bon Iver and The Last Great American Dynasty. I think taking a deeper look at these three tracks highlights the lyrical and musical aspects of this record that make it so memorable. However, if you want to explore more about the record you can read my post about the standout track Seven.

The second track Cardigan is a prime example of how Swift, Dessner and Antonoff work together to produce a heartfelt and beautiful pop track. Musically, the song is quite stripped back with a gorgeous piano foundation complimented by some added synth and electric percussion. Swift’s vocals are up front in the mix and have their telltale pop power with some added layering in post – production. However, they do not overpower the piano and both seem to be in concert with each other in a kind of duet. In this sense, the piano takes on the role of an added vocal, which gives the track added interest and complexity. You can feel Antanoff’s steady hand in the irresistible pop hook in the chorus: “But I knew you / Dancin’ in your Levi’s / Drunk under a streetlight.” Swift sings about being the other woman in a relationship and used like an “old Cardigan” to be taken out when wanted, but often discarded under the bed. She sings about how people assume you know nothing when you are young, but by the end of the song she knew he would leave her and she would reject him when he came back. In this sense, she had agency in the relationship and will no longer be treated as an object; like an old cardigan.

We move from an abstract duet between Swift and piano chords to a breathtaking duet with Justin Vernon from Bon Iver. Exile is beautiful and haunting, like a sunset in winter where you are engulfed in pinks and reds within a forest of bare trees. First of all, their vocals compliment themselves very well, especially when Vernon goes deep in his range and Swift takes on the role of the falsetto. As the track progresses Vernon’s and Swift’s vocals reach a fever pitch and create a powerful wall of sound. Lyrically, this song explores two sides of a relationship where Vernon sings about how the relationship ended without warning, while Swift sings about how she tried to save the relationship countless times: “You never gave a warning sign (I gave so many signs).”

Much like Seven, Swift explores domestic violence in how Vernon’s character takes not responsibility for his actions and still believes that he owns her even though she is moving on in another relationship, I can see you starin’, honey / Like he’s just your understudy / Like you’d get your knuckles bloody for me / Second, third, and hundredth chances / Balancin’ on breaking branches / Those eyes add insult to injury.” Essentially, Swift turns the break – up song on its head and shows the dark side of fighting for your love, which is so often romanticised in pop music. In this track, Swift has her leave the relationship through the “side door” and keep her toxic ex – boyfriend in exile. Much like how Dolly Parton turned murder ballads on their heads by singing from the woman’s perspective, Taylor Swift sings about how a woman has the strength to leave an abusive relationship and reclaim herself.

The last song we will look at is The Last Great American Dynasty. The two previous tracks focused acutely on how women took agency within their relationships in order to give themselves the lives they deserved. Moreover, both tracks highlight Dessner’s influence on sparse and haunting instrumentation. This track marks a departure with its pop influenced synth and electronic beats, which is reminiscent of tracks off of her 1989 record. The song tracks a woman who lived in a town with traditional gender roles where her parties and flamboyance was seen as an eyesore. In essence, the town wanted her to know her place and she would not play their game. Swift then moves into her house and admires her activism and how she shook up the town. She then moves in and delights in how she is going to continue the previous owner’s style, “I had a marvellous time ruining everything.” This song highlights feminist themes running throughout the record.

Taylor Swift’s record folklore is a departure musically, yet continues feminist themes she espouses both in and outside of her music. I think this is an amazing record that showcases endless musical and lyrical depth. This record not only causes you to look at Swift’s work differently, but look at pop music differently. Records like folklore and The Chick’s Gaslighter show how women are creating powerful large release pop music, much like Lizzo’s Cuz I Love You and Beyoncé’s Lemonade in previous years. I look forward to Taylor Swift’s next release and I’m excited to see her continued evolution as an artist.