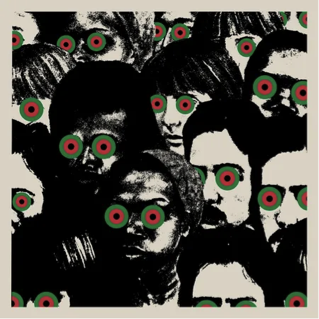 After Kendrick Lamar’s record, the most anticipated record was Danger Mouse’s and Black Thought’s hip hop collab Cheat Codes. Danger Mouse is known for amazing production work within hip hop; such as his project with MF DOOM. Black Thought has put out some of the best hip hop bars with The Roots and recently on his own solo work. So, the thought of the two teaming up with people like Run The Jewels, A$AP Rocky, Joey Bada$$, MF DOOM and Conway the Machine was mind blowing.

Well, we’re here and the end product is Strangers featuring Run the Jewels and A$AP Rocky along with Black Thought and Danger Mouse’s production. Before we look at how four amazing artists can find room within a four minute track, let’s look at Danger Mouse’s production. This track has all of Danger’s trademark production moves. He has a smooth 60s / 70s soul track looped on itself complimented with tight bass and random quote samples from some 70s action movie. If you listened to The Mouse and the Mask with MF DOOM, you have an idea of Danger’s style. Since the Grey Album he likes to keep everything in 4/4 time, which creates from some interesting beats as he speeds up and slows down beats to hit 4/4. His production on this track is both restrained and a bop, which gives everyone room to light it on fire.

It is a magic trick for everyone to have enough room to drop bars worthy of their status, while keeping it to a tight four minutes. Everyone gets a verse to light it up and rip shit. It’s a lot like Wu – Tang, who could have four or five people on a track, while having all of them shine without detracting from each other. Black Thought kicks it off in his classic style of driving rhymes into the ground with creativity and surgical precision. I think the other stand out is Killer Mike, whose delivery has such a combustable urgency to it that it lifts the entire track. Having said that, everyone is outstanding on the track and each contributes to it in their own way.

I was really looking forward to this record and it does not disappoint. To have all these huge names on one record is quite an accomplishment. Most importantly, they all bring their A game and we have another new recording featuring the late MF DOOM. Strangers shows how you can feature so many hip hop artists with different styles and do it right.

2 comments on “Danger Mouse and Black Thought’s Strangers: An All You Can Eat Hip Hop Buffet”