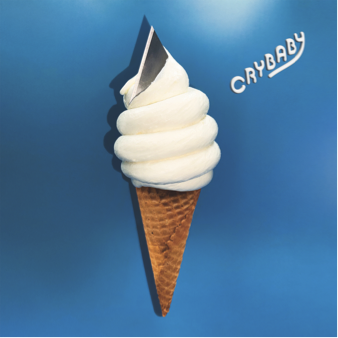 Canadian twin sisters Tegan and Sara have been putting out amazing indie folk / indie pop since 1999. Crybaby will not only be their 10th studio record, but their second record in 2022, with the first being a reimagining of their 2004 record So Jealous. That is one busy year. With all the big releases this year, Tegan and Sara almost slipped through the cracks, but I am glad that I found this electro pop gem.

Tegan and Sara have come a long way from the indie Ani DiFranco inspired folk record Under Feet Like Ours, which was released in 1999. Musically, it is night and day. Gone is the largely acoustic singer / songwriter vibe in favour of a fuller sound with synth, electro percussion, deep / full bass, samples and, of course, guitar. Tegan and Sara have been slowly moving towards a more electro pop sound over time as their music became more complex and pop centred. Having said that, I think Yellow is the most complex arrangement where the sheer number of instruments and computer algorithms involved threaten to tip the track over the edge. Crybaby’s producer John Congleton, who has worked with Best Coast / Death Cab for Cutie / Lana Del Rey / St. Vincent / and literally 100 other artists, does an excellent job having all these different components work together coherently.

Lyrically, this track is some classic Tegan and Sara. That is, heartbreaking personal lyrics sung with transcendent harmonies and crystal clear vocals. They are riffing on Coldplay’s Yellow, which also has a catchy and evocative chorus. Tegan and Sara’s bubblegum delivery hides heartbreak and psychological pain buried in the lyrics. It is as if a dark oily mass lurks just under this pink sugary surface. The sisters sing about black bruises healing until they are yellow, while their hearts are fragile, but sing like the devil. I love this image of a bruise becoming yellow, because it is not fully healed, and is still painful, but it is well enough for the person to attempt to move on with life. Tegan and Sara spoke about how this song came about as they healed emotional bruises they carried with them from 15. The contrast between the poppy delivery and the subject matter underneath is captivating.

I adore this song. I find the chorus endlessly catchy and the imagery of healing bruises and hearts singing out like the devil is some inspired song writing. In any other year this song would be threatening number one, but 2022 is so stacked that we will have to see if it cracks the top 10. An incredible indie pop track everyone needs to listen to.