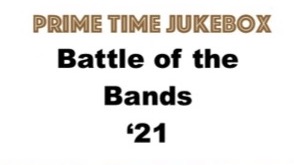 For the second year in a row, the #9 seed has stunned the #1 seed in the second round of Will’s bracket. This year 9th-seeded Miles Davis shocked top-seed U2 to earn a place in the Elite 8. Meanwhile on Dave’s bracket, top-seeded Nirvana had no trouble eliminating the 8th seeded Beastie Boys – also earning an Elite 8 spot.

U2 fell far behind early in the matchup with Miles Davis and despite late rally in votes, the band from Ireland couldn’t make up enough ground to eliminate the legendary jazz trumpeter. Davis would end up capturing a whopping 69.2% of the vote. U2 was Will’s first overall pick in the 2021 Battle of the Bands draft.

Meanwhile on Dave’s bracket, Nirvana led from start to finish – also capturing 69.2% of the vote.

To follow the current version of the brackets, see below:

To VOTE, go to the Cigar Coop Twitter Page for the latest matchups